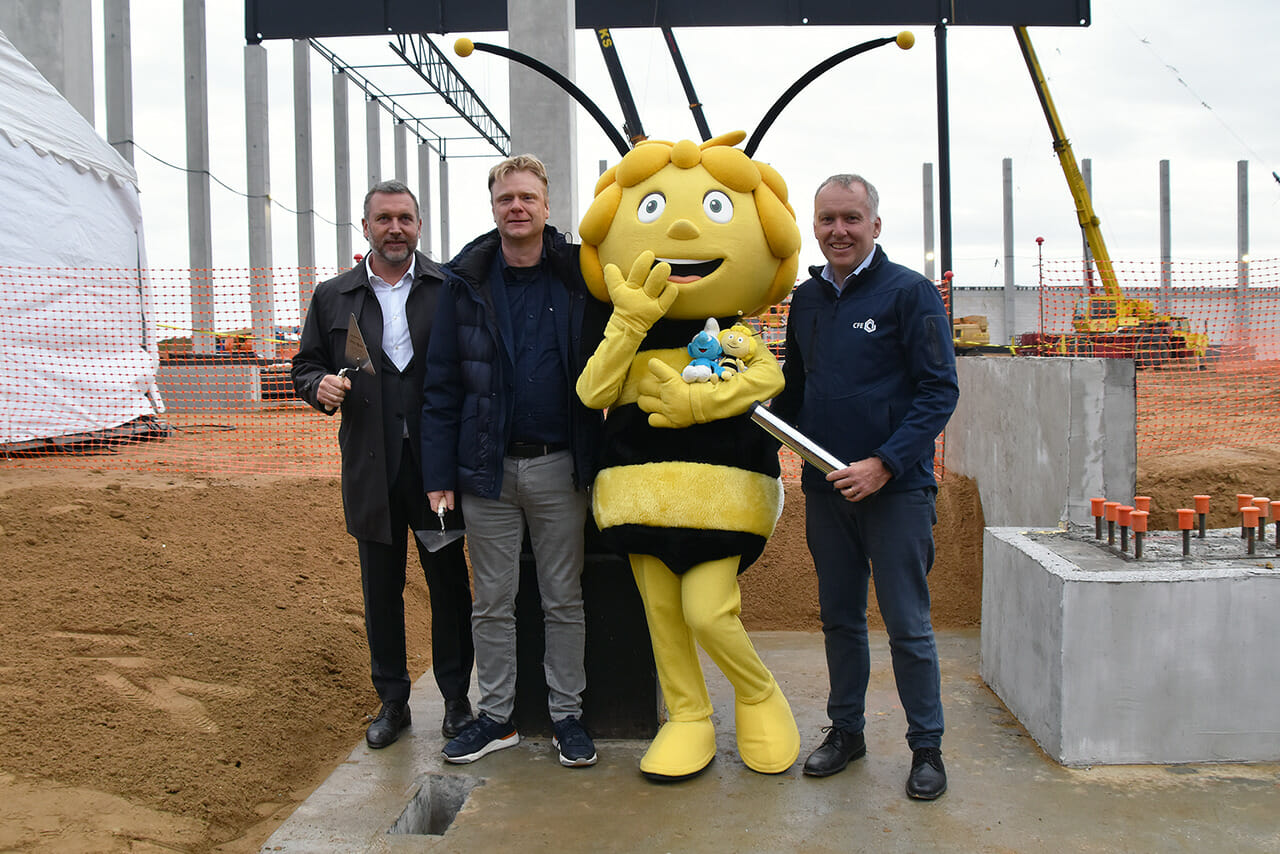 Although preparatory work on the third Plopsa park in Poland – Majaland Gdańsk – started a while back, its shareholders, Momentum Capital and the Plopsa Group, officially kicked off construction this afternoon in the presence of the CFE construction group. This new theme park, covering an area of no less than 25,000 square meters, is expected to open its doors by the summer of 2024.

Majaland Kownaty was first theme park in Poland
In 2018, Momentum Capital and the Plopsa Group opened Poland’s very first Plopsa park, Majaland Kownaty, close to Berlin in the Polish-German border region. In doing so, the main aim of the investors was to fill a void in leisure destinations for families in Poland. The desired objectives were accomplished without complications. Shortly afterwards, it was announced that construction would start on the second Polish Plopsa park – Majaland Warsaw – which opened its doors near to the Polish capital on April 30.

Following the example of Majaland Kownaty and Majaland Warsaw, the shareholders Momentum Capital and Plopsa have announced that they will once again invest jointly in the construction of a third Polish Plopsa park, this time in Gdańsk. This new theme park, featuring 25 indoor and outdoor attractions in an area of no less than 25,000 square meters, will be strategically located near the popular tourist city of Gdańsk, close to the S6 motorway for easy and optimum accessibility, and is expected to open its doors by the summer of 2024.

Momentum wants  to become  leading player in Central and Eastern Europe
Wednesday November 9, construction of the new park was officially kicked off in the presence of Martijn van Rheenen, CEO of Momentum Capital, Bruno Lambrecht, responsible party for the CFE construction group, and Steve Van den Kerkhof, CEO of the Plopsa Group.
“The construction of our third theme park in Poland – this time in Gdańsk – is part of the overall strategy we are pursuing in Central and Eastern Europe. Momentum Capital’s ambition is to become the leading player in that region for localizing, thematizing, and launching theme parks together with the best business partners. We have enjoyed a successful relationship with CFE and Plopsa for many years now. Our aim for the coming years is to continue expanding the number of theme parks in Central and Eastern Europe,” Martijn van Rheenen, Momentum Capital’s CEO, explains.

The Plopsa Group now has ten parks: six in Belgium, one in the Netherlands, one in Germany, and two in Poland – Majaland Kownaty and Majaland Warsaw. 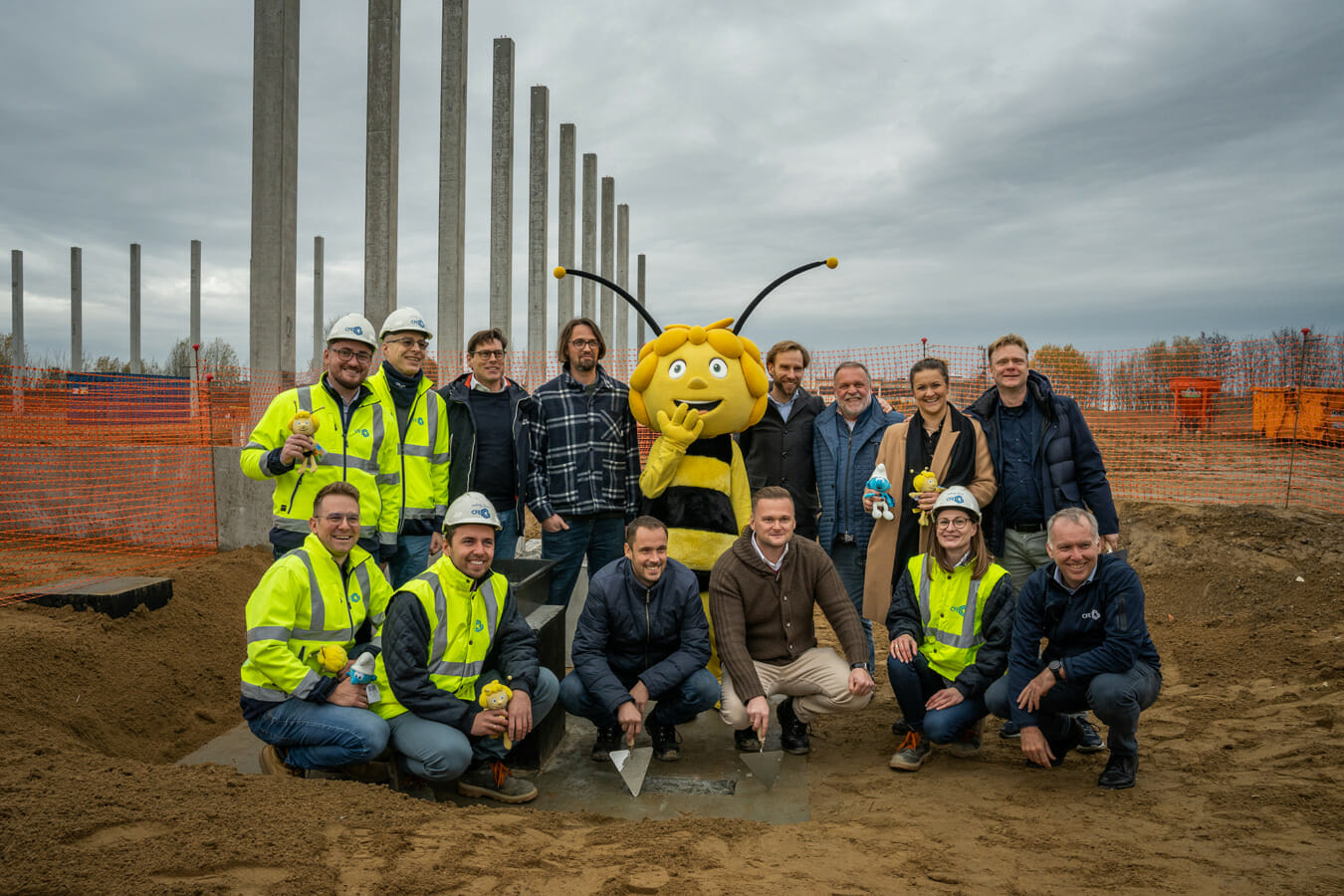 Three Polish parks:  Majaland Kownaty,  Warsaw, and Gdańsk
“We are delighted that we can join forces again with Momentum Capital to achieve this,” Steve Van den Kerkhof, CEO of the Plopsa Group, explains. “It was quite a challenge to build the first park, as we were doing something unprecedented and innovative in Poland. We have since learned a great deal. We applied the lessons we learned to the new park in Warsaw and are doing the same now in Gdańsk. As the name suggests, Majaland Gdańsk will be dominated by the popular character Maya the Bee. In addition, a prominent role in the park has also been reserved for the Smurfs. For the construction of the park, we are once again engaging the services of the Belgian construction group CFE which, itself, has an active presence in Poland. The three Polish parks – Majaland Kownaty, Majaland Warsaw, and Majaland Gdańsk – are expected to attract more than one million visitors a year,” Van den Kerkhof says resolutely.